Battambang is a city on the Sangkae River in northwestern Cambodia. It’s known for colonial buildings such as Sala Khaet, the former Governor’s Residence. Battambang Provincial Museum has artifacts from local Khmer temples. Nearby, Phare Ponleu Selpak is a circus and performing arts school for underprivileged children. North of the center are the ruins of Ek Phnom, an 11th-century pagoda with sandstone carvings.

Battambang is Cambodia's second-largest city and the capital of Battambang Province, which was founded in the 11th century. It is the former capital of Monton Kmer and lies in the heart of the Northwest of Cambodia. Until the war years, in which almost every infrastructure was destructed it was the leading rice-producing province of the country.

The name Battambang or Batdambang, literally means "loss of stick" referring to a legend of the Preah Bat Dambang Kranhoung (Kranhoung Stick King). The population is nowadays around 250,000 people . It's a riverside town, home to some of the best-preserved, French colonial architecture in the country.

Until recently Battambang was off the map for road travellers, but facilities have recently been improved and it makes a great base for visiting the nearby temples, such as Phnom Banon and Wat Ek Phnom, as well as the closedby villages.

It's a secondary hub on the overland route between Thailand and Vietnam, and if the National Highway No 6 from Poipet to Siem Reap is ever upgraded it'll become an even smaller hub. The network of charming old French shop houses clustered along the riverbank is the real highlight here, and there are a number of Wats scattered around the town.

The small museum has a collection of Angkorian-era artifacts, and beyond the town there's a number of hilltop temples, yet more Wats and a pretty large lake. One of the more famous hills is Phnom Sampeau (Ship Hill) with the notorious killing caves.

Battambang did not give way to the Khmer Rouge movement after the fall of Phnom Penh, but it?s been in the centre of the ongoing government Khmer Rouge conflict ever since the Vietnamese invasion in 1979 pushed the genocidal regime out of Phnom Penh and to the Northwest. Until the surrender deal of Ieng Sary (Khmer Rouge number three man based in Pailin),Battambang was the Khmer Rouge stronghold in the region.

In the earlier history Battambang flip-flopped back and forth between Thailand (called Siam before their 20th-century renaming) and Cambodia. It's been a part of Thailand most of the time since the 15th century, with Cambodia regaining control (more specifically due the French) in 1907. The Thais grabbed it again, with Japanese assistance, in 1941 and kept the region in their camp until the World War II years in 1947.

The Allied Forces helped persuade the Thais that the region was originally part of ancient Cambodia and the world community would not take kindly to the Thais holding onto it further. Like the rest of the Northwest, there is still a lot of Thai influence apparent. The main currency is still the Thai Baht and many people are able to converse in Thai. But the area is very Khmer, with ancient Khmer ruins scattered around, and even the ways of life are much more similar to the rest of Cambodia than to Thailand.

Battambang city is a peaceful and pleasant place these days. The main parts of the city are situated closed to the Sangker River, a tranquil, small body of water that winds its way through Battambang Province. It is a nice, picturesque setting. As with much of Cambodia, the French architecture is an attractive bonus of the city.

The provincial capital of Battambang is the second largest city in Cambodia (2007 estimated population around 1/4 million people). It is located in one of the biggest rice-growing areas in Southeast Asia. The average altitude of the province is around 50m. The province is bordering to the North with Banteay Meanchey, to the West with Thailand, to the East and South with Pursat and the great lake Tonle Sap.

The country's total surface is about 11,702 sq/km with around 67.7 inh/sqkm. The city is on both the highway and railroad linking Phnom Penh with Thailand; after the outbreak (1970) of civil war in Cambodia, the Battambang-Phnom Penh road was a prime target of the Khmer Rouge insurgents, who, by capturing it, severed Phnom Penh from its major source of rice.Battambang was acquired by Thailand in 1809 and returned to Cambodia in 1907. The city has also a technical university.

Cambodia has a tropical monsoon climate. During the rainy season between mid-April and mid-October the Mekong swells and backs into the Tonle Sap (Great Lake), increasing the size of the lake almost threefold. Between November and April winds are less strong and there are higher temperatures (up to 35?C). General information about the climate:

The Battambang Rice were the principal exports of Cambodia, but exports fell sharply after the onset of the civil war, which put most of the rubber plantations out of operation.  By the 1990s, however, rubber plantings had been undertaken as part of a national recovery program. When we talk about tropical fruites, the Battambang orange is the most famouse among the people. Until recently, inadequate transportation hampered exploitation of the country's vast forests, but by the mid-1990s timber had become the largest source of export income.

Exploitation of mineral resources like phosphate rock, limestone, semiprecious stones, and salt supports important local mining operations. Inflation was 1.6% in 2002, whereas official unemployment figures amounted to 2.6%. Due to closed Thailand there is quite a lot of financial influx from foreign (Thai) investors. 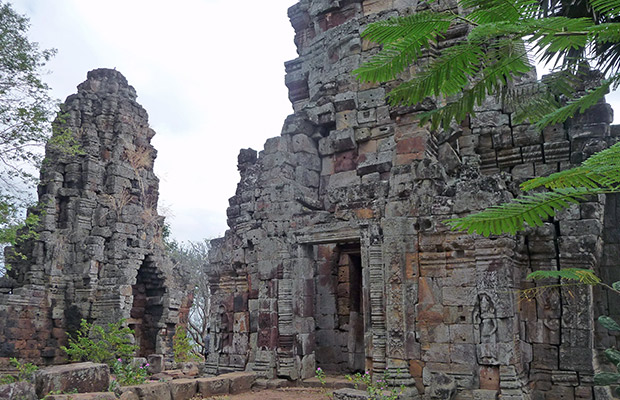 Phnom Banan is some 22 kilometres to the south of Battambang, but worth a visit if you’ve time to spare. Like Ek Phnom, Banan is also originally 11th century-built, though it saw a Buddhist ... 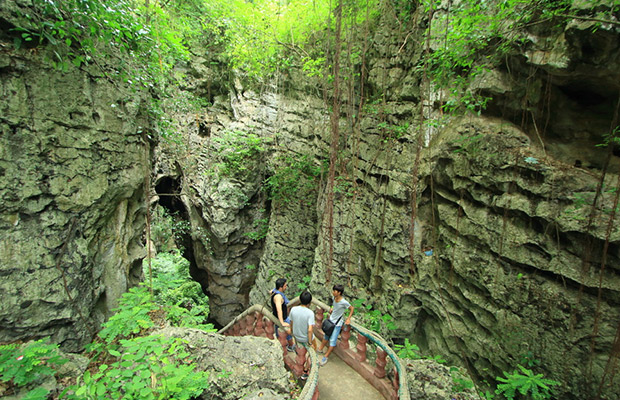 Just 12 kilometres southwest of Battambang, a strange protrusion is the site for a pretty hilltop pagoda complex from which gorgeous views across Battambang’s green fields and distant hills can be ... 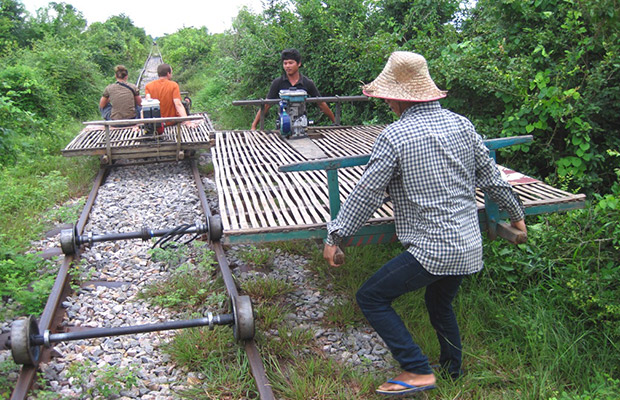 Forever under threat of extinction, this unusual, and thrilling, way of catching a glimpse of the gorgeous Battambang countryside is known locally as a norrie, or nori, or nory. It’s a “train” ... 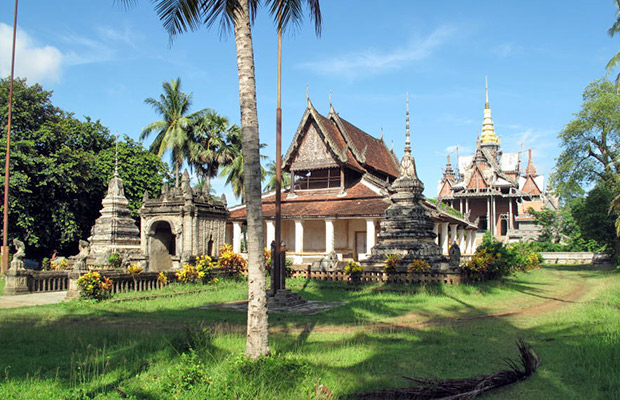 About 4km north of Battambang, Wat Somrong Knong was built in the 19th century on the site of a pre-Angkorian temple complex. The Khmer Rouge used the temple grounds as a prison and it's believed ... 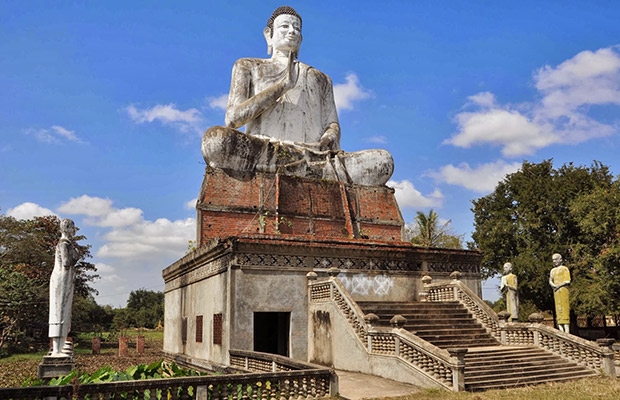 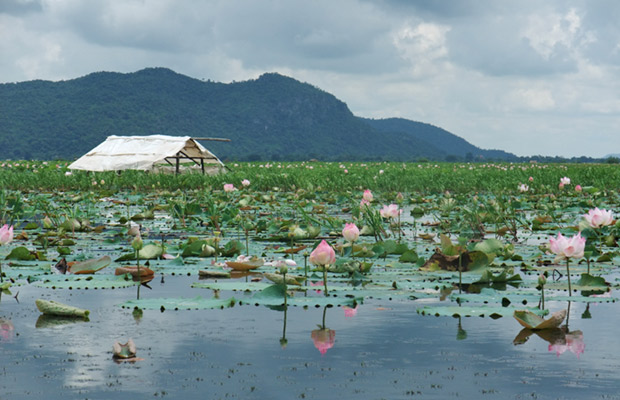 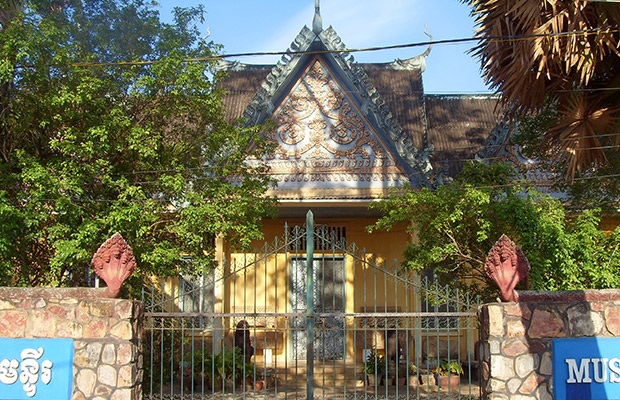 Can't get enough of Cambodia's ancient relics? Battambang museum offers an excellent display of sculptures and sandstone carvings, mostly items that have been removed from Cambodia's various ... 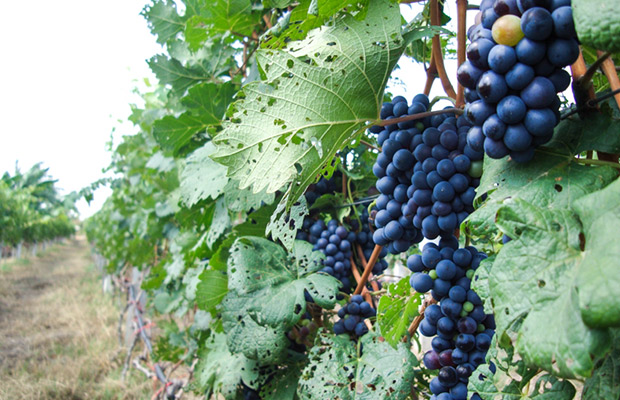 Cambodia’s first and only winery, the Chan Thai Choeung (or Banan) Winery, is located 14 kilometres outside of town on the banks of the Sangkar River and is open for visits and ... 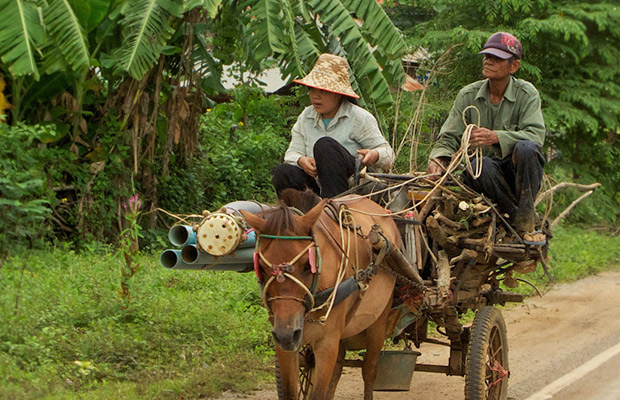 Wat Kor Cultural Village is away from Phnom Penh at Wat Koh village in Battambang province, there is the “homeland” for many Khmer traditional houses, most of them built from 1920 – 1056. An ... 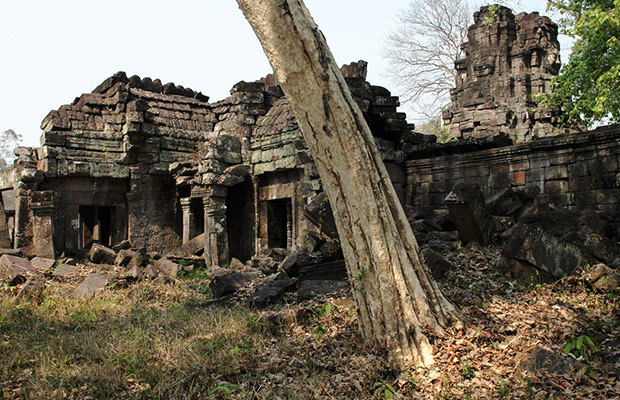 A final temple you’ll see in Battambang guides is Prasart Steung in Snoeung village, and a great little temple it is too, though it’s some way out of town on the Pailin road. A visit here could ... 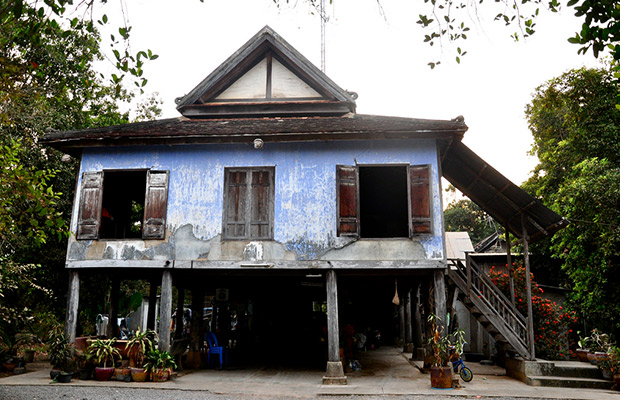 Khor Sang House is one of a clutch of surviving traditional Khmer houses in Wat Kor Village, with floors worn lustrous by a century of bare feet. Decorated with old furniture, family photos and old ... 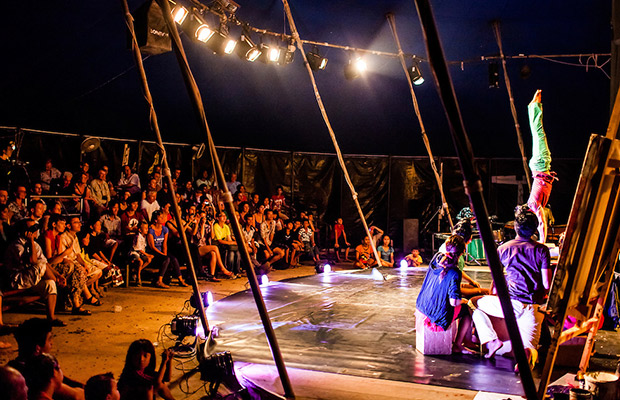 Born out of the ashes of the Civil War and Khmer Rouge era, Phare Ponleu Selpak is an extraordinary initiative that aims to provide a channel and a future for young Cambodians through the arts. One ...