Kampong Thom is a province of Cambodia. It borders the provinces of Siem Reap to the northwest, Preah Vihear to the north, Stung Treng to the northeast, Kratie to the east, Kampong Cham, Kampong Chhnang to the south, and the Tonle Sap to the west.

Kampong Thom is Cambodia's second largest province by area. Its capital is named Kampong Thom, a picturesque town on the banks of the Stung Saen River.The Sambor temple and Prei Kuk temple are the two main temples in Kompong Thom as well as other less significant Angkorian sites. Kompong Thom was a very powerful capital in Southeast Asia during the Funan period. Later on, during the French rule, the province was home to a large group named the Stieng, but they have long been assimilated into Khmer society.Kampong Pos Thom was the original name of the present called Kampong Thom. Because originally long time ago, at the dock of the Sen River next to a big natural lake, there was a big cave with a pair of big snakes inside. The people living around this area usually saw these big snakes every Buddhist Holiday.

Time after that, the snakes disappeared, and the people of that area called it Kampong Pos Thom. Then, only short words Kampong Thom. During the French colony in Cambodia, the French ruled and divided Cambodian territory into provinces, and named them according to the spoken words of the people Kampong Thom Province.The provincial capital Kampong Thom is another bustling town on the banks of the Stung Sen River. The town itself is strategically located on the National Highway No 6 between Phnom Penh and Siem Reap. Its more a stopover to have a break from driving long distances or to eat something on the way to Siem Reap or Phnom Penh, than a very touristic place. Despite the town itself people come to explore the pre-Angkorian Chenla capital Sambor Prei Kuk, the remote temples of Preah Khan and Prasat Preah Vihear.

Kampong Thom is a province located at the central point of the Kingdom of Cambodia. The province has a total land area of 15,061square kilometres divided into 8 districts, 81 communes and 737 villages. The province borders in the North with Preah Vihear and Siem Reap, to the East with Kratie, to the South with Kampong Cham and to the West with Kampong Chhnang.

The province is divided into two parts:
- Eastern part of National Road 6: Covers 70% surface consisting of forests and plateaus, which are rich in natural resources for a good and profitable agriculture, forestry and animal husbandry.
- Western part of National Road 6: Covers 30% surface consisting of plain area extending to the famous Tonle Sap Lake. This area is one of the best areas in Cambodia for rice cultivation and fishing to support the needs of the province and to additionaly export them to other areas or Countries. Two of the three core areas in Tonle Sap Biosphere Reserve are located in Kampong Thom: Boeng Chhmar (14,560 hectares), and Stung Saen (6,355 hectares).

The country has a tropical climate  warm and humid. In the monsoon season, abundant rain allows for the cultivation of a wide variety of crops. This year-round tropical climate makes Cambodia ideal for developing tourism. Travellers need not to fear natural disasters such as erupting volcanoes or earthquakes, and the country is not directly affected by tropical storms.

- Cool season: November- March (20-28c)
- Hot season: March- May (30c -35c)
- Rainy season: May - October (23-30c, with humidity up to 90%.) At this time of year it rarely rains in the morning: most precipitation come in the afternoon, and even then, only sporadically. Rainfall varies considerably from area to area, whereas the seaward slopes of the Southwest highlands (Kompong Som and Kampot provinces) receive more than 5,000 mm of rain per annum, the central lowlands average only about 1,400 mm.

Kampong Thom is also a province, rich in tourism potentials to attract national and international tourists such as the exotic lakes, rivers, forests, mountains and more than 200 ancient temples. Much of Kampong Thom is located on the floodplain of Lake Tonle Sap. In 2003-04 it was a significant harvester of wild fish (18,800 tons) and the fourth largest producer of fish through aquaculture in Cambodia (1,800 tons). Most fish-raising is home production, with a growing segment devoted to rice field aquaculture.

Kampong Thom is also one of the largest producers of cashew nuts in Cambodia, with 6,371 hectares under production. The Riel is the local currency. However, the US Dollar is accepted (4,000 Riel to one U.S.D, July 05) and it is best to carry small denominations. Credit cards, Traveler's Cheques and foreign currencies are accepted in major hotels, souvenir shops and banks. Newly installed Credit Card Teller distribution machines are now available in Siem Reap and Phnom Penh. 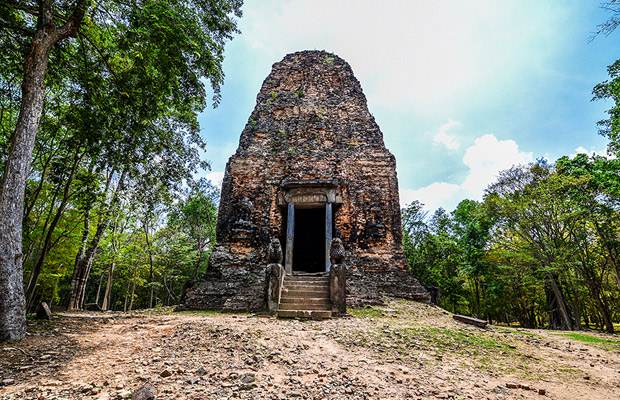 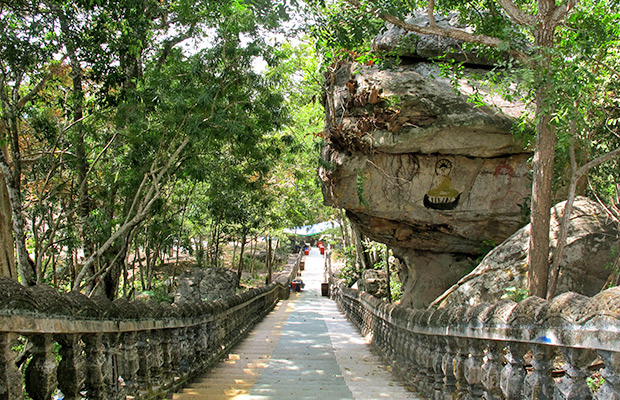 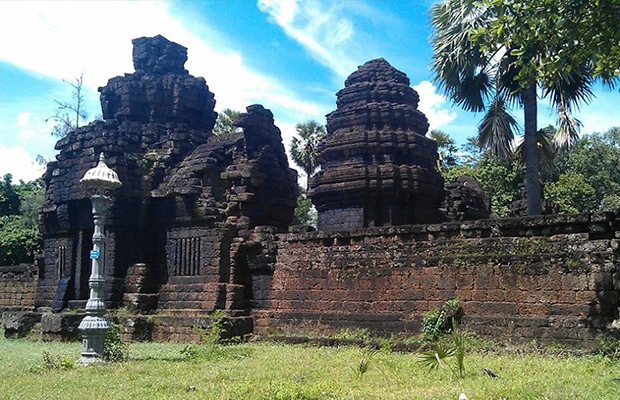 Prasat Kuh Nokor is a Buddhist temple in the village of Trodoc Poung, Pong Ror commune, in Baray District, in Kampong Thom Province, Cambodia. It was built in 10th -11th century by the king ... 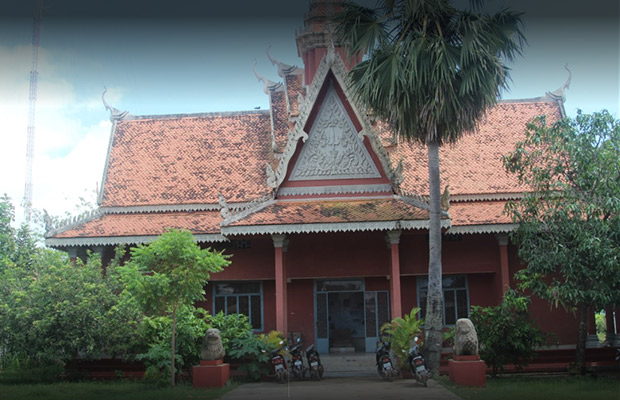 This seriously bijou museum (it's one room and a small outdoor gallery) actually packs a pretty good punch with statuary and stelae from local sites, including a fine selection of beautiful pieces ... 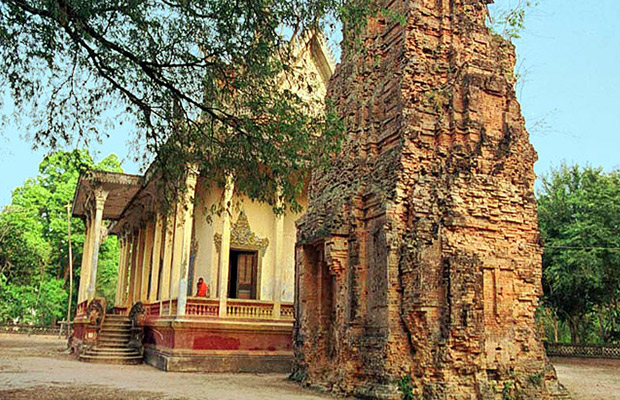 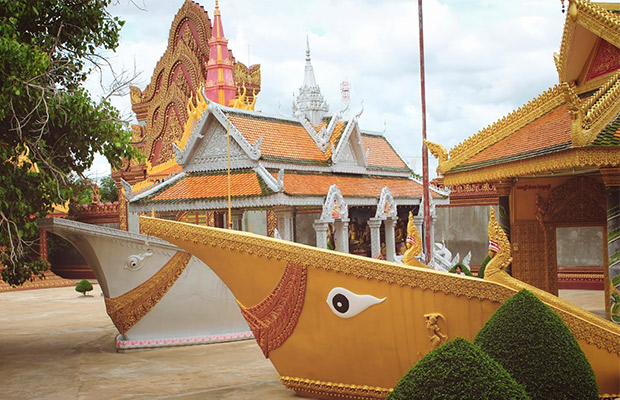 The eponymously named Wat Kompong Thom is the largest in town. Also known as Wat Indrisamvora, a high wall hides much of it from street level view, though it is definitely worth a peek inside. ... 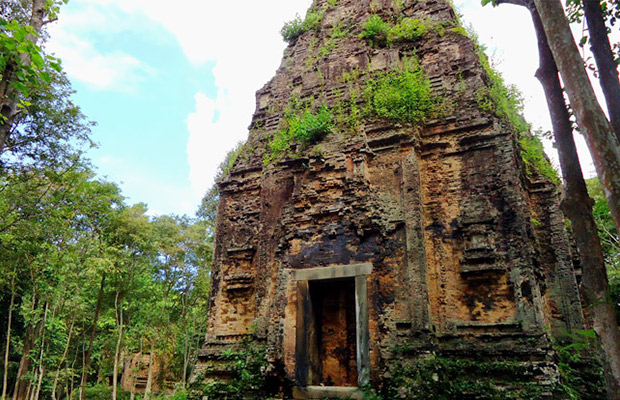 Prasat Kok Rokar is located in Rokar Phum, Srayov Commune, Stung Sen District, Kampong Thom province in a 14-km distance from Provincial Town of Kampong Thom. The temple was built of sandstone and ... 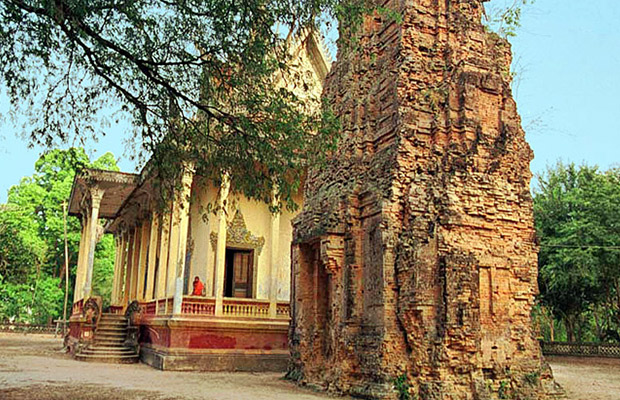 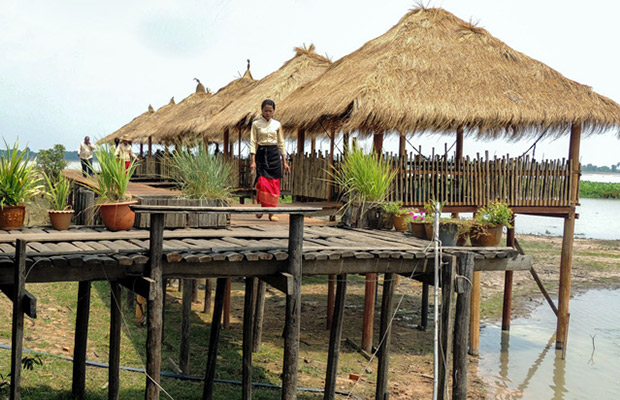 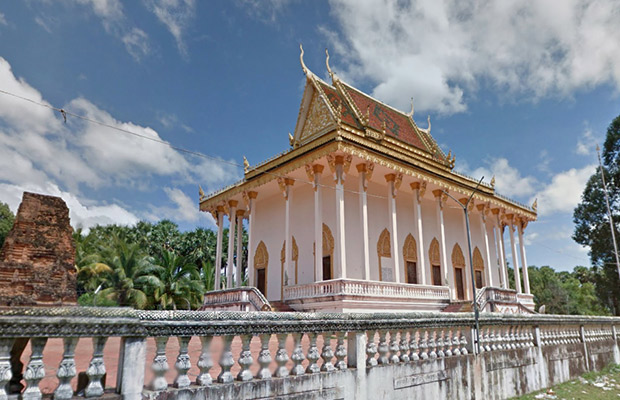 Located in Prasat Village, Prasat Commune, Santuk District, Kampong Thom Province. This temple located in a 31 kilometers district from Provincial Town of Kampong Thom, and there is road from the ... 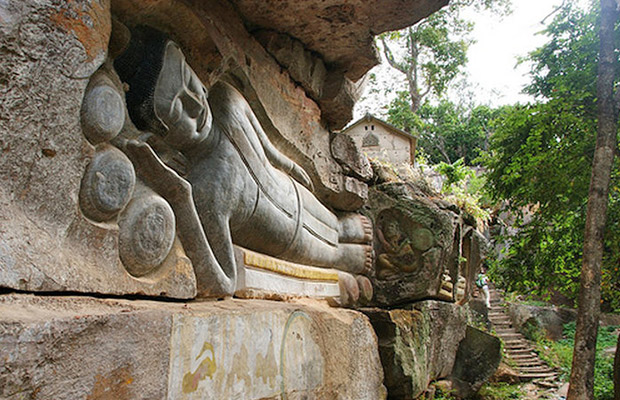 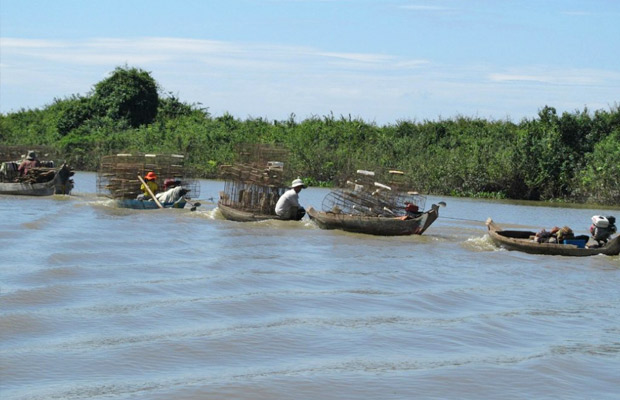 River swells during the rainy season, you can hire a boat to take you across. Really the best time to visit is during Water Festival, usually in November. Provincial boat races go on throughout the ...