Phnom Penh, Cambodia’s busy capital, sits at the junction of the Mekong and Tonlé Sap rivers. It was a hub for both the Khmer Empire and French colonialists. On its walkable riverfront, lined with parks, restaurants and bars, are the ornate Royal Palace, Silver Pagoda and the National Museum, displaying artifacts from around the country. At the city’s heart is the massive, art deco Central Market.

Phnom Penh is the vibrant bustling capital of Cambodia. Situated at the confluence of three rivers, the mighty Mekong, the Bassac and the great Tonle Sap, what was once considered the 'Gem' of Indochina. The capital city still maintains considerable charm with plenty to see. It exudes a sort of provincial charm and tranquillity with French colonial mansions and tree-lined boulevards amidst monumental Angkorian architecture. Phnom Penh is a veritable oasis compared to the modernity of other Asian capitals. A mixture of Asian exotica, the famous Cambodian hospitality awaits the visitors to the capital of the Kingdom of Cambodia.

Here in the capital, are many interesting touristy sites. Beside the Royal Palace, the Silver Pagoda, the National Museum, the Toul Sleng Genocide Museum, the Choeng Ek Killing Fields and Wat Phnom, there are several market places selling carvings, paintings, silk, silver, gems and even antiques. Indeed, an ideal destination for a leisurely day tour. The whole area including the outskirts of Phnom Penh is about 376 square kilometres big. There are currently 2,009,264 people living in Phnom Penh.

The city takes its name from the re-known Wat Phnom Daun Penh (nowadays: Wat Phnom or Hill Temple), which was built in 1373 to house five statues of Buddha on a man made hill 27 meters high. These five statues were floating down the Mekong in a Koki tree and an old wealthy widow named Daun Penh (Grandma Penh) saved them and set them up on this very hill for worshiping. Phnom Penh was also previously known as Krong Chaktomuk (Chaturmukha) meaning "City of Four Faces". This name refers to the confluence where the Mekong, Bassac, and Tonle Sap rivers cross to form an "X" where the capital is situated.

Phnom Penh is also the gateway to an exotic land - the world heritage site, the largest religious complex in the world, the temples of Angkor in the west, the beaches of the southern coast and the ethnic minorities of the North-eastern provinces. There are also a wide variety of services including five star hotels and budget guest houses, fine international dining, sidewalk noodle shops, neighbourhood pubs international discos and more.

Phnom Penh, like other Asian-City tourist destinations, is in the midst of rapid change. Over the past few years the number of restaurants and hotels have grown considerably and in the last year there had been a huge increase in the number of visitors. Come and see a real original as it won't be the same in a few years.

Phnom Penh is located in the southern heard of the country and fully surrounded by the Kandal Province. The municipality consists of the typical plain wet area for Cambodia, covering rice fields and other agricultural plantations. The province also features three of the biggest rivers of the country the Tonle Bassac, the Tonle Sap and the mighty Mekong.

General information about the provincial climate

The city temperatures range from 15 to 38 C and experiences tropical monsoons. Monsoons blow from the Southwest inland, bringing moisture-laden winds from the Gulf of Thailand and Indian Ocean from May to October. The northeast monsoon ushers in the dry season, which lasts from November to March. The city experiences the heaviest precipitation from September to October with the driest period occurring from January to February.

Double-digit economic growth rates in recent years have triggered an economic boom, with new hotels, restaurants, bars, and residential buildings springing up around the city. Phnom Penh's wealth of historical and cultural sites makes it also a very popular tourist destination. The main economy is based on commercial such as garments, trading, small and medium enterprises. The property business is booming since the past few years. Real estate is now getting very expensive. The two new sub-cities are under construction, where investors from Korea and Indonesia join with Cambodian investors. The investment project of Camko-city is estimated about more than 200 millions and will be finished in 2018.

Because of its budget airlines flying from nearby countries directly to Phnom Penh, the leisure and business travellers are coming to enjoy themselves or to look for investment opportunities in Cambodia. So also the hotel business is likely more and more improving.

As Kandal province is around Phnom Penh it serves as an economic belt of the capital. For instance Cambodia has become the sixth largest garment exporter in the world in 2007 (most of these factories are in Kandal Province). The industry created job opportunities for about 0.5 million Cambodians and generated some 0.3 billion U.S. dollars of monthly payment for the employees. Also agricultural exports flourished in 2007, as palm oil, peanuts, rice, pepper and other rural products became ever more popular in the international markets.

Finally, luxury real estate project like the Longing Resort in Kandal province was demolished on July 31, as it expanded its land illegally and in effect constituted menace to the safety of the capital. The Asia Development Bank put Cambodia's economic growth rate for the past year at 9.5 percent and nine percent in 2008, while the Cambodian government gave a conservative estimation of seven percent both in 2007 and 2008. 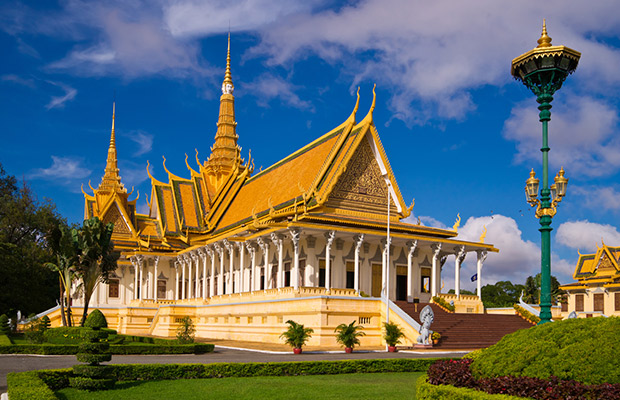 The Royal Palace, in Phnom Penh, Cambodia, is a complex of buildings which serves as the royal residence of the king of Cambodia. Its full name in the Khmer language is Preah Barum Reachea Veang ... 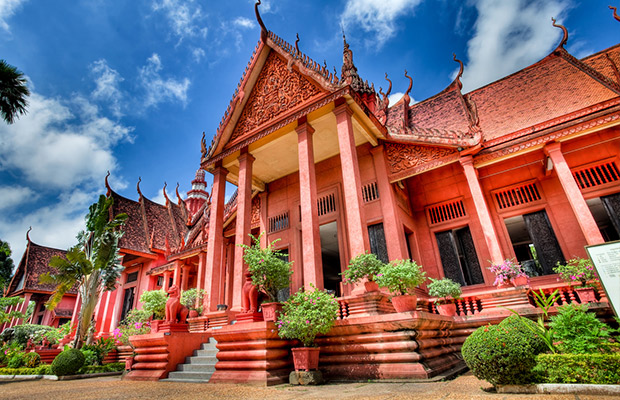 The National Museum of Cambodia in Phnom Penh is Cambodia's largest museum of cultural history and is the country's leading historical and archaeological ... 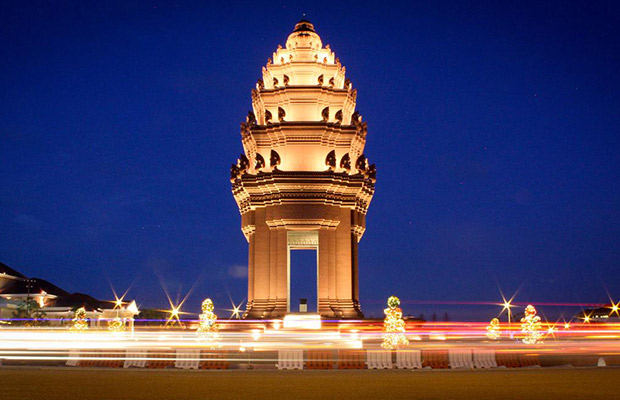 The Independence Monument in Phnom Penh, capital of Cambodia, was built in 1958 for Cambodia's independence from France in 1953. It stands on the intersection of Norodom Boulevard and Sihanouk ... 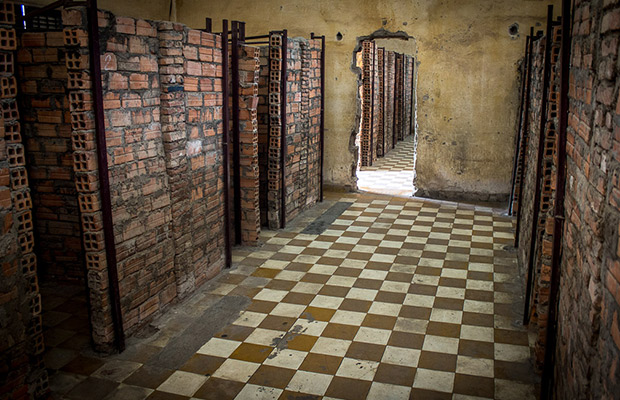 The Tuol Sleng Genocide Museum is a museum in Phnom Penh, the capital of Cambodia, chronicling the Cambodian genocide. The site is a former high school which was used as the notorious Security Prison ... 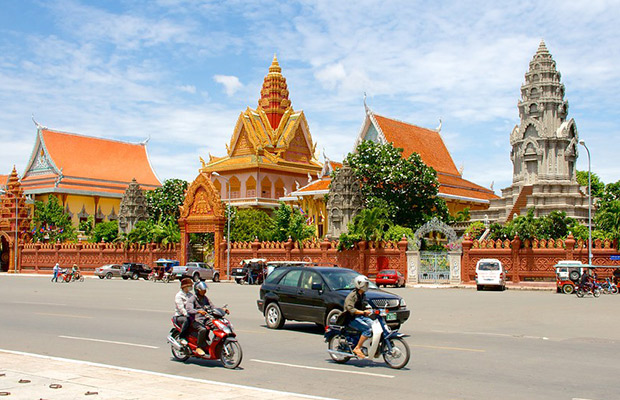 Wat Ounalom is a wat located on Sisowath Quay in Phnom Penh, Cambodia, near the Royal Palace of Cambodia. As the seat of Cambodia's Mohanikay order, it is the most important wat of Phnom Penh, and ... 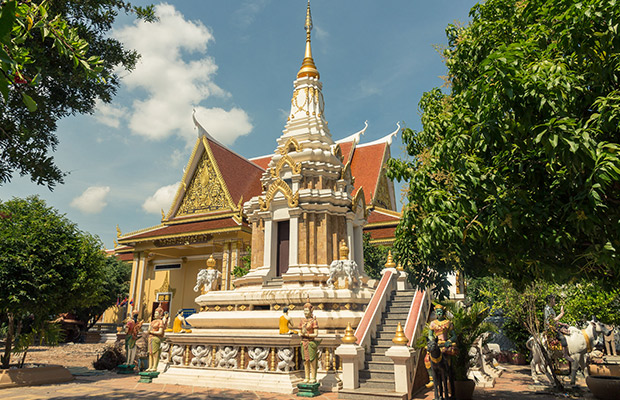 Wat Botum Park is a wat located at Oknha Suor Srun Street 7, Sangkat Chaktomuk, Khan Daun Penh, Phnom Penh, Cambodia. It is located to the south of the Royal Palace on the western side of Wat Botum ... 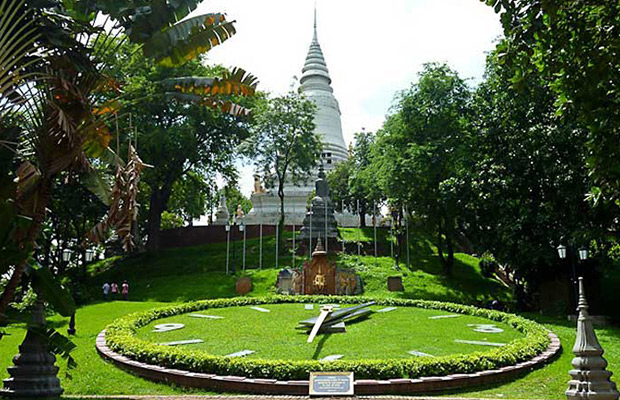 Wat Phnom is a Buddhist temple located in Phnom Penh, Cambodia. It was built in 1372, and stands 27 metres above the ground. It is the tallest religious structure in the city. The pagoda was given ... 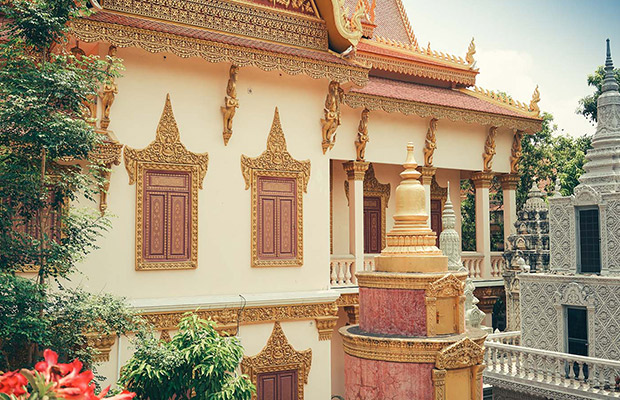 A colourful Buddhist temple, offering free one-hour Vipassana meditation sessions in its central vihara at 6pm on Mondays, Thursdays and Saturdays, and on Sunday morning at 8am. Warning: if you’ve ... 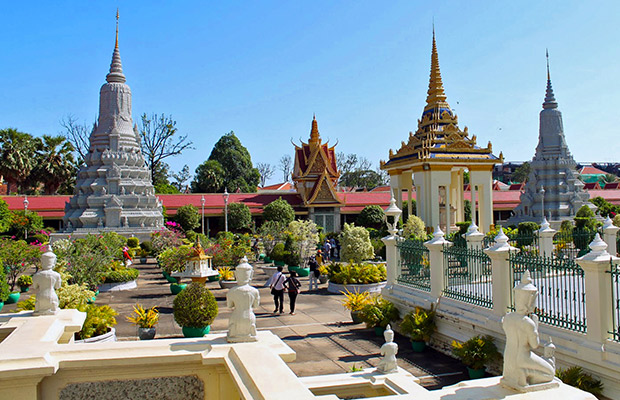 The Silver Pagoda is located on the south side of the Royal Palace, Phnom Penh. Formerly, it was known as Wat Ubosoth Ratanaram. The temple's official name is Preah Vihear Preah Keo Morakot which is ... 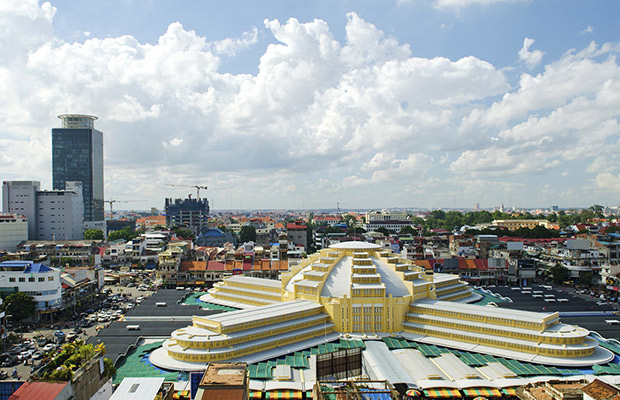 Here you'll find everything from jewellery to avocados and deep fried crickets to white goods, but be prepared to negotiate hard as the prices seem to be higher, and the traders tougher, than ... 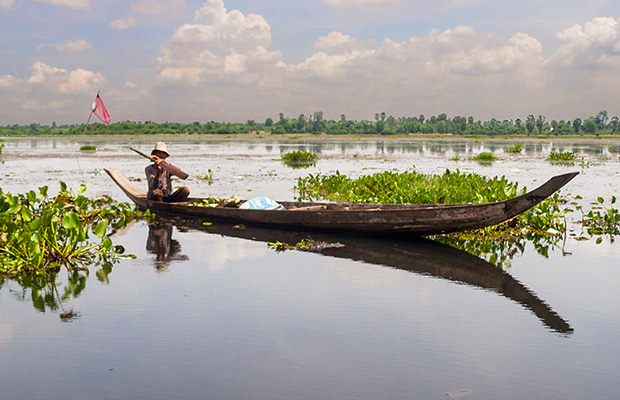 Tonle Bati is a small lake about 30 km south of Phnom Penh, the capital of Cambodia. It is a popular weekend destination for the local population. It is also a popular fishing spot for both tourists ... 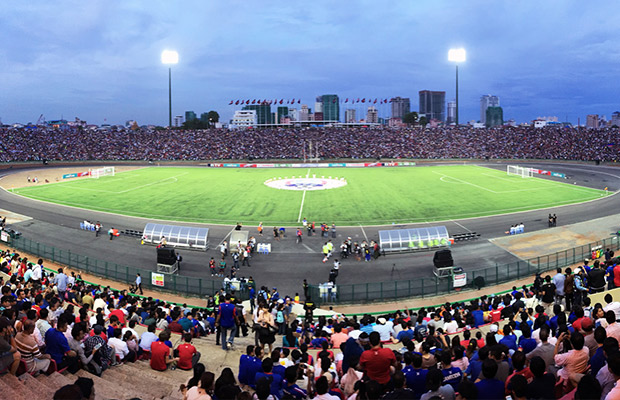 The National Olympic Stadium is a multi-purpose stadium in Phnom Penh, Cambodia. It has a capacity of 63,000. Despite its name, the stadium has never hosted an Olympic ... 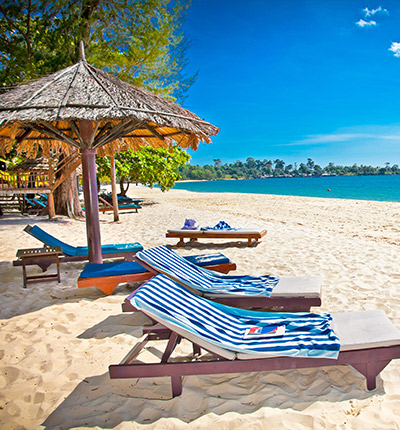 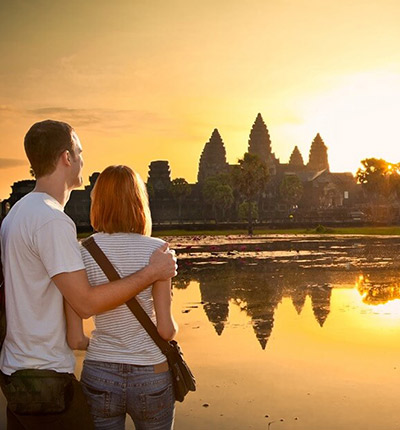 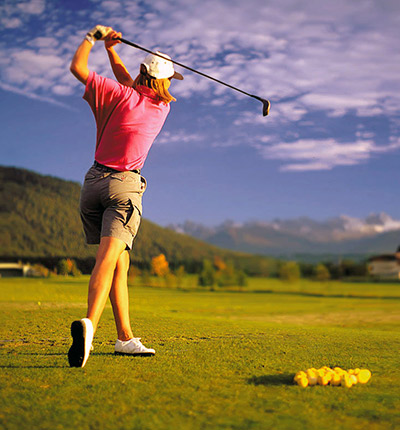 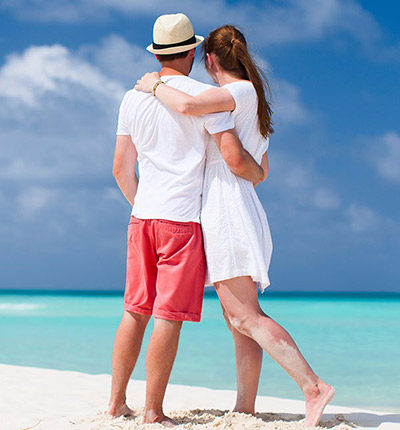